Thank you for being our
Profile city host.
We love you! 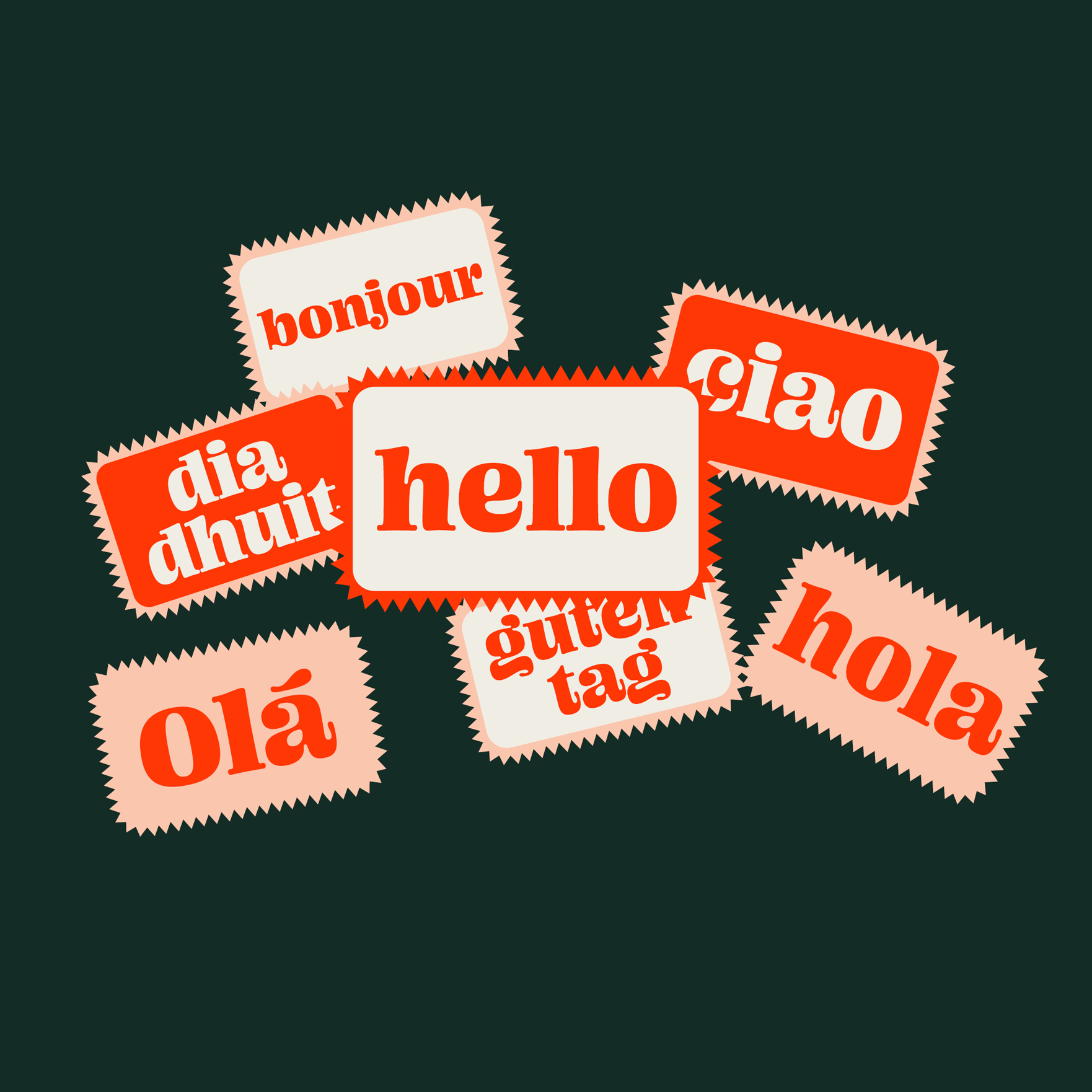 >We’re so thrilled to have you on board to represent TDK in your city. First things first – be selfish and make TDK work for you. Use the meet-ups as an excuse to get in touch with Creative Directors and creatives you’ve always wanted to meet in your city, and run events to run things you want to learn. Once you’ve got everything you can from TDK, let us know and you can hand over the baton to the next person! We ask for 6 months commitment as a minimum, just so you can run a few events and people will start to know who you are, and each year we’ll check in. We’ve had people for over 4 years but we’d rather a fresh host than you being over it, so no pressure!

Let me introduce our tiny team (link TEAM to https://thedesignkids.org/meet-the-team/) quickly. I’m your go to person for everything and available via email humans @ thedesignkids.org – so if you’re ever unsure, just send me a message! Lauren xx


So what is #TDKtuesdays? It’s a monthly meet-up, in person (or online during Covid 19) that happens STRICTLY on the first Tuesday of the month, after work, and 11 months a year Feb – Dec. If you can’t do one month its fine, just push back a whole month rather than a day or a week, as we promote all 45 events at once and it gets too messy! It’s a (mostly) free, physical event in a public space (like a bar) or a design studio space, where you can meet other designers in a fun casual setting, should never be boring or intimating! 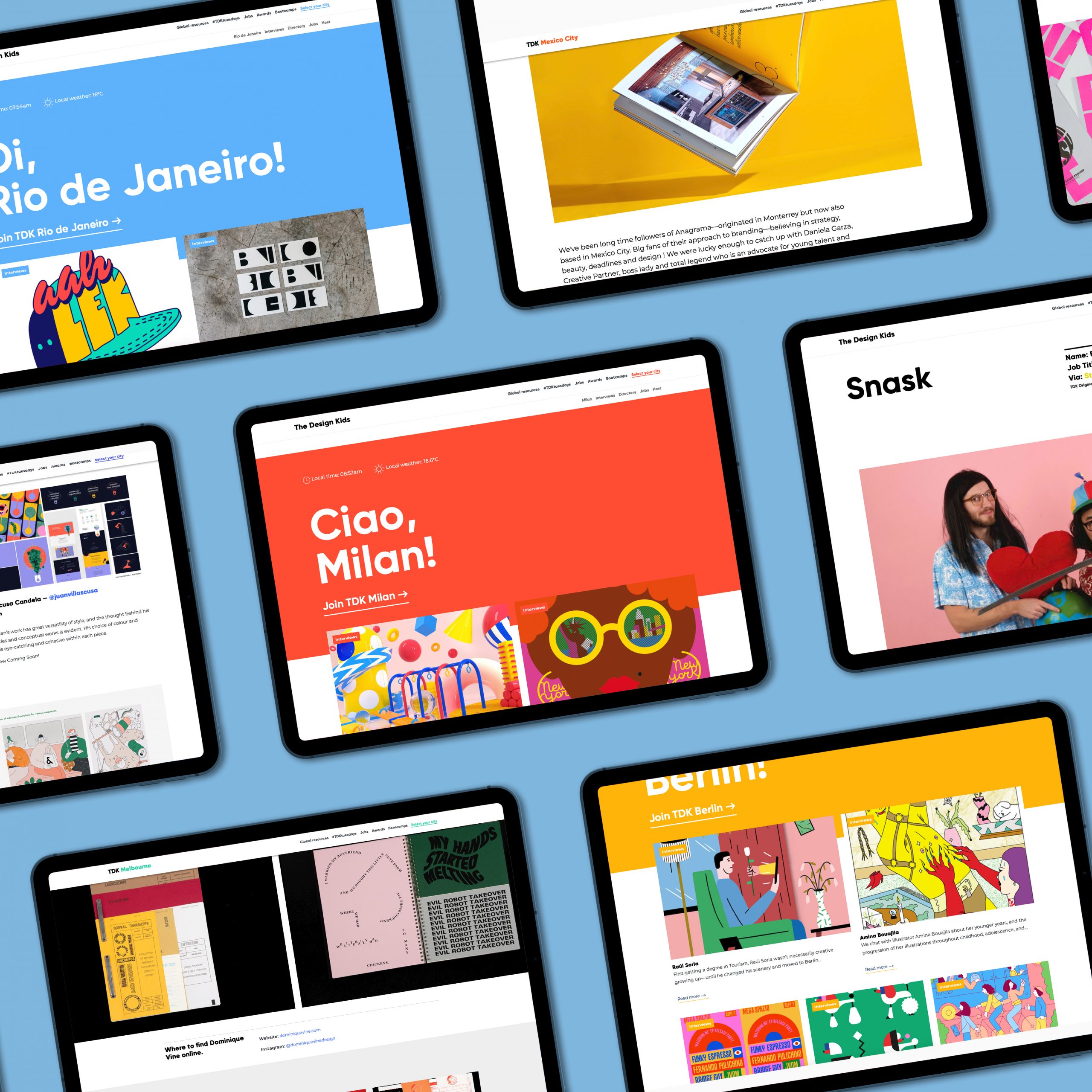 We know that starting from scratch is really hard, so the best thing to do for your first event is keep it simple. Simply pick a venue (a not too loud bar with biggish tables is good) and invite a handful of existing design mates. Pop the event details (time and place) on the main TDK site (check the Events tab in your login area) and make an external event on Facebook too for your city page, so strangers can come if they see it, and call it Beers & Brainstorming.

Grab the ‘Event ideas’ from the next page, then pull up the ‘directory’ for your city on the front end of the website and mix them together!

Eg “Hells yes! Motherbird + studio visit! Or Matt Wong + Drink and Draw! Obviously its not limited to people on our website, so go nuts and have fun. Maybe a Freelance panel with 3 speakers taking about money? Think about things you want to learn and who can teach you! OR cool studios you’ve always wanted to know personally that you could get to give a talk. Everyone loves an ego boost : )

Take pictures and share them with the hashtag #TDKtuesdays on your own IG stories so people can see its happening in your city, pop them in the Facebook group if you want and we’ll share them on the main @thedesignkids account too! 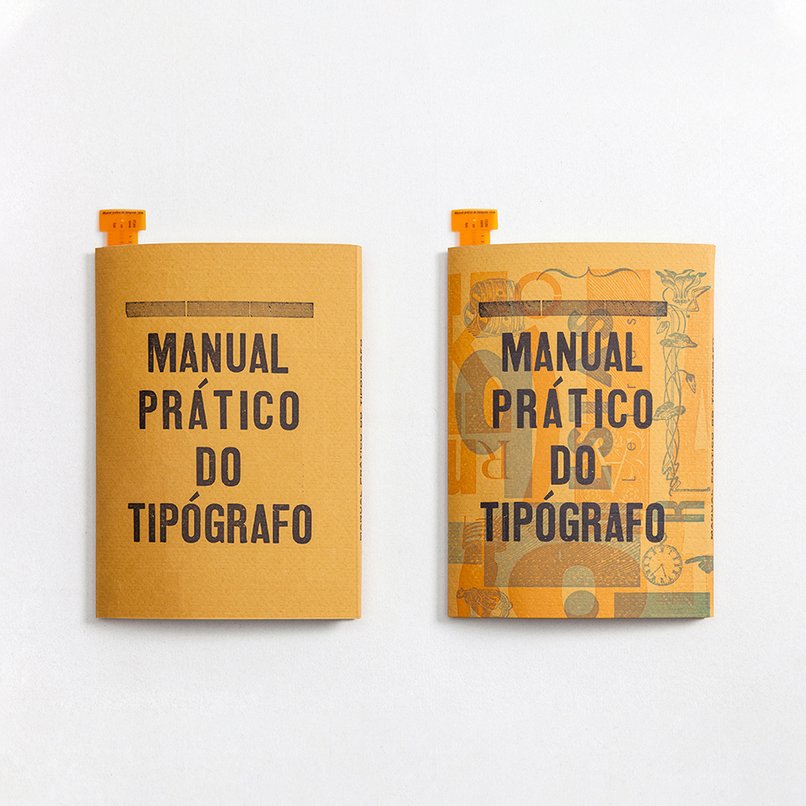 03
Reaching out to designers

03
Reaching out to designers

We know it can be intimidating AF, so we’ve pre written an email for you! Simply send from your personal email but make sure you have TDK in the subject line : )

Nice to e-meet you! My name is John and I’m the new host of The Design Kids Sydney.

If you haven’t come across us before, The Design Kids is a giant free resource to help bridge the gap between studying and working in the Graphic Design industry. We currently have nearly 300,000 designers in our community, across 33 countries and 73 cities. We have daily interviews, monthly meet-ups, a jobs board, design competitions and very active socials channels.

The reason I’m reaching out is I’ve personally a massive fan of your work for a longggg time and was wondering if you wanted to give a talk or studio tour as one of our free #TDKtuesdays events? They run the first Tuesday of each month (except January), after work. We can limit numbers to whatever suits, so no pressure.

Thanks again for reading, have a good day!
Cheers,
John

Just send it once, don’t hassle, and work around what dates work from them. You might pencil in the next 3 events so you have a rough plan!

If they say yes, ask how many they have space for standing (or chairs), what time works for them etc. The promote the event and put limited numbers if need be!

As for refreshments, if you have any drink hookups you can get free sponsored stuff in exchange for a mention at the event. If not, make the event an hour max, and say beers and burgers after at X venue. 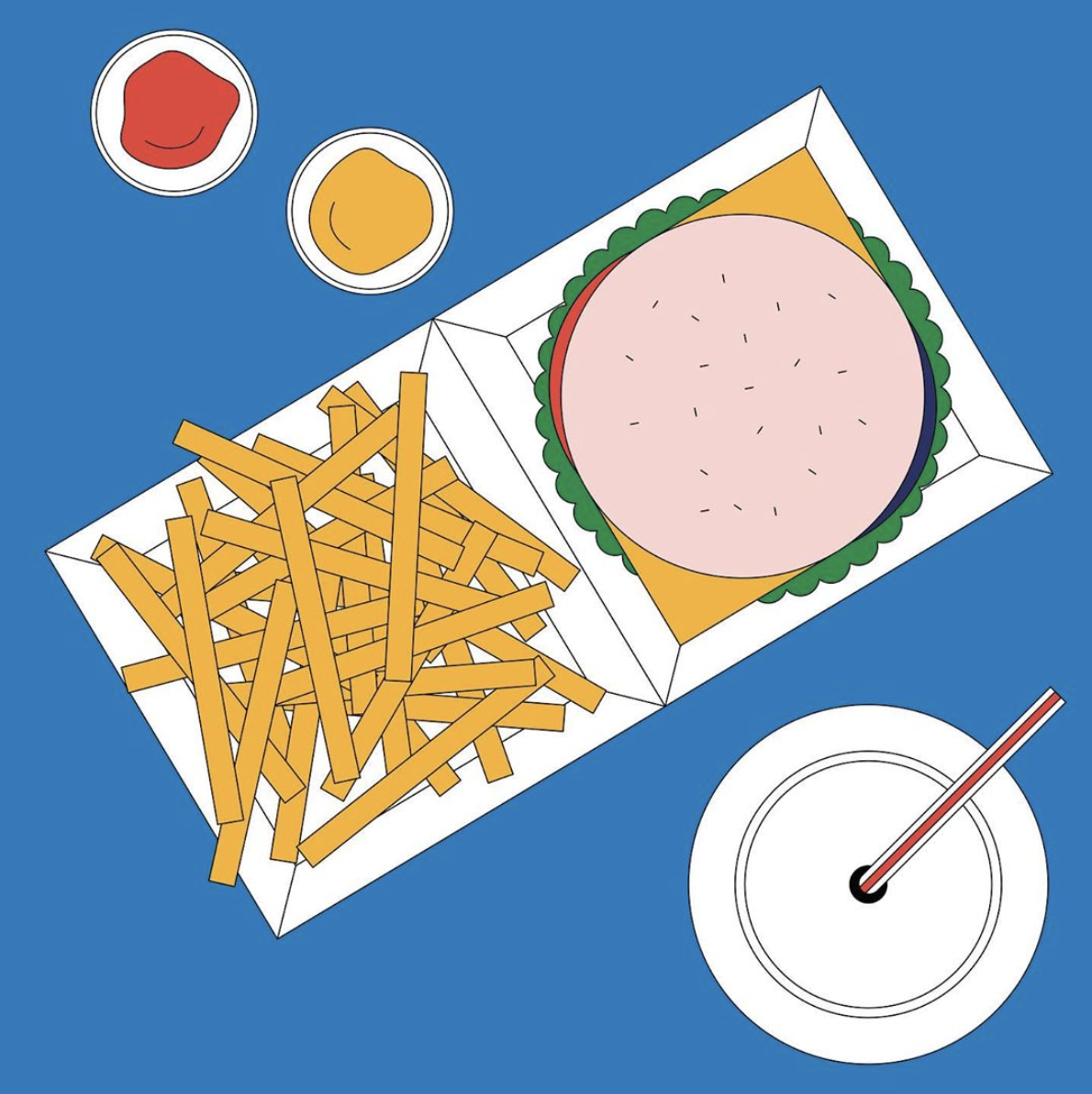 * Beers + chats (easy – pick a central bar with cheapish drinks, biggish tables and not too loud)
* Studio tours (use our contacts to meet your dream studios)
* Talks from local designers (use our contacts to meet designers, can be in their space or somewhere else)
* Mini free workshops (use our directory for ideas)
* Gallery outings (use our directory for ideas)
* Drink and draw (butchers paper + pens in a bar with long tables – fun!)
* Portfolio reviews (do at a studio, easy!)
* Cards Against Humanity night
* Printer visit (actually waaaayyyy more fun that it sounds!) and printers love it!
* Basic hand lettering by *letterer*,
* Zine night (BYO own paper and pens, Pinterest some examples?)
* Live brief night (best with a studio)
* Feedback night with other design mates or a studio (bring in current project)
* Magazine/book swap
* Design speed dating (set of chairs facing each other, maybe a bar with a long table, one half moves, one half stays still, you have 3 minutes each to show the other what you do, then you move up one. Fun, especially with beers!)
* Design movie night (bit harder)

Can I charge ticket prices to cover costs?
Sometimes the company/business you’re collaborating with may require some costs to be covered – if this is the case you can set up the event via Eventbrite in order to manage ticket sales and link through to our website.
We’ve had a few screenprinting workshops which are $50 a person for the screens, so people pay to come. In Glasgow, they do a £2 donation for each event to cover beer costs. Keep it as simple as possible! Otherwise all #TDKtuesdays events should be free via support from TDK industry friends. 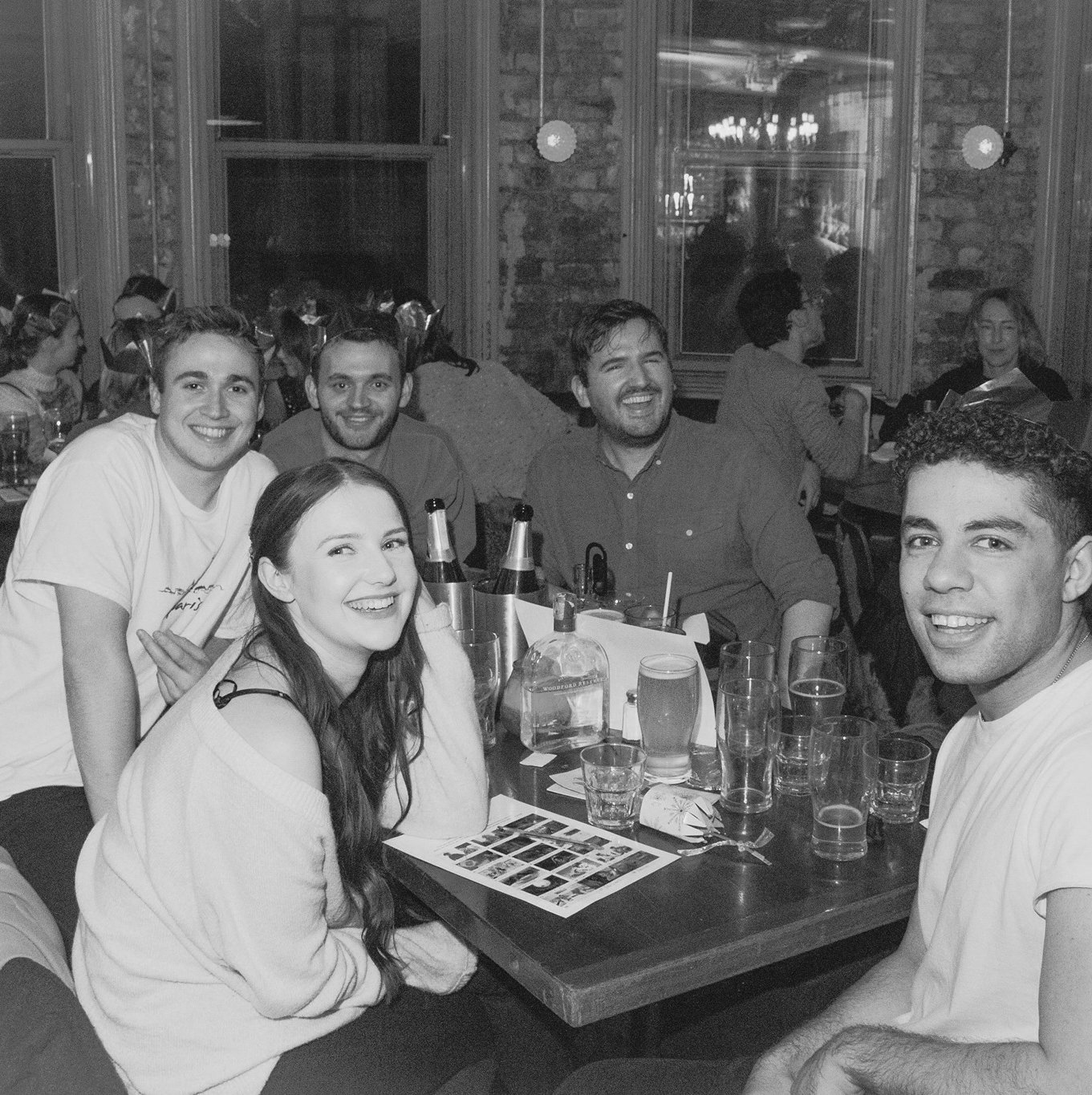 Boost FB group numbers: Add all your design mates, share on uni/work pages if you have access or mates with access. This is your audience so let crank this as much as possible!

Ask people coming what they want from the meet-up, get them invested, and get them to bring a handful of people to the next one. Also big profile studios naturally pull people in!

How do I promote the event?
Make sure the facebook event is made, naming it the same so we can search for it. ‘#TDKtuesdays CITY + MONTH’ Photos: Make sure you’re tagging any photos #TDKtuesdays (with an ‘s’ haha!) on Instagram so we share them on the site… We do a city promo once a fortnight on our socials but weekly #TDKtuesdays posts so we will try and include it there.

Do I need to interview people for the site or find people for the directory?
Nope – everything on the site is run by us – the events and intro and #TDKtuesdays is you. Thats all!

Some tips from old hosts:

What I have found to get the grads out is to approach them in a way they can’t ignore you. Find someone at uni on their class facebook groups, and ask them to post the event on there. Another thing is find the young lecturers at the uni’s and ask them to promote TDK. Make sure they exaggerate the fact that it is not formal, you don’t have to come prepared with a million questions! A lot of students tell me they thought it was going to be intense, that they weren’t ready for that kind of confrontation with professional designers, but then realise we are all there for the same reasons, and that we would never shun someone out. Every new person that attends I introduce myself to, ask them about what they do, how they heard of us and really get them feeling like they now know someone at TDK, so they can turn up without their friends next time. Good luck with it all, and keep it up, it’ll happen!!
Kelsey O’Hagan, Wellington City Host 2015 2016

I found it really hard at first – I literally had no one turn up at a few in the beginning! We ran a Pin Design Workshop/Comp with our city sponsor Stocksy. It was an idea I suggested to them a few months in advance and they loved it! I would suggest approaching a local manufacturer who does pins and seeing if you can T-up some sort of deal – everyone designs their own pins and the manufacturer provides
a TDK discount for all the business! Ultimately it’s a combo of having something of interest to them (something that will help them with their studies/jobs) and being really enthusiastic about it all! Even ask them directly – what do you want out of #TDKtuesdays? What you need: bring laptops with .ai Things to consider: Google how to set up pin artwork
Chloe Soan, Brisbane City Host 2015, 2016, 2017

In Perth, we held a studio tour with local agency Meerkats. I think that event changed everything for Perth. I think it was so successful because students and grads had the opportunity to see what it is
like inside a successful studio/agency, what their working environment was like, meet and greet the industry designers on a more casual level and hear about what they do, and hear what they look for in students/graduates. Because of that event I have other designers approach me to have a TDK at their studio. We had 200 people RSVP and had to turn people away! What you need: a friendly studio to show you around. Things to consider: drinks/snacks
Hailey Sims, Perth City Host 2015, 2016, 2017

People need a good reason to come out after a solid days work. A lot of smaller cities would have the same issues as Newcastle, we only have one uni and one TAFE. Everyone pretty much knows everyone, so there needs to be a draw card. I personally prefer to get a Creative Director in to give a talk or someone of similar level. This is super important for students to start meeting people like this ASAP! Getting these people are pretty easy – send them a personalised email with your TDK email, everyone loves getting their ego stroked! Then you need to promote the [email protected]#k out of it leading up to the event. What you need: space (Sean used a bar with a spare room next door for events – which was free!) Things to consider: drinks/snacks & marketing collateral
Sean Bell, Newcastle City Host 2015 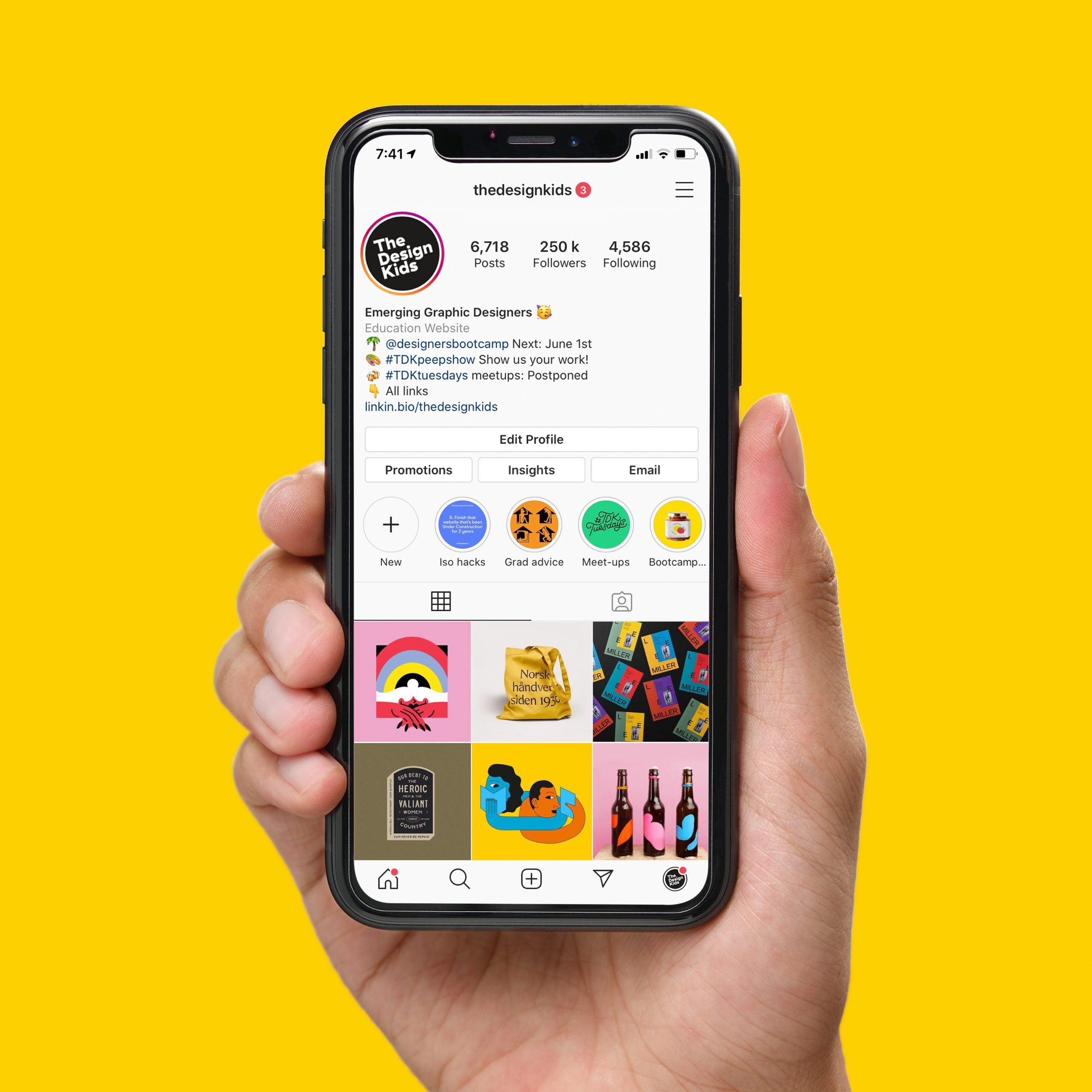 ow do I pay for a venue?
We don’t expect you to pay for a venue! DO NOT PAY FOR A VENUE. TDK is a feel good community initiative that has many many friends – we highly recommend reaching out to a design studio (good contact for you, will encourage others to come too) or a easy bar/pub to hang out in. Pick somewhere central, cheap drinks, large tables. Easy!