You really start to appreciate the importance of a trusting relationship between two different specialised creatives after you chat with the lovely duo behind Studio Push, Pierre & Emilie; It's what they call 'creative coding', and we learn a little more about what that means here, plus they share how they progressed through their studies, and how it helped them discover their likes & dislikes.

I’ve studied in a French private school of IT for 4 years from 2014 to 2018. The funniest thing is that during my studies I hated web development. But there are many things that I liked such as algorithm, software, complex languages, surely some boring stuff for you. During my studies, I worked as a freelance mobile developer and I really liked this period. I wanted to keep going that way, get a master degree, work at any start-up to repay my loan and create a company with my friends to grow by myself without a boss.

But after two years of mobile development, I was bored of doing this work and decided to leave the branch. At the same moment, my school had nothing more to teach me and I left it as well. This is when I met Emilie, who does especially experimental design. I’m not a designer, I’m the developer of the Studio but I’m really interested in design, mainly not the corporate one. In the beginning she proposed me to develop her website and I accepted (at that time, I had never really done a website yet, but I knew the technologies that were needed). It was not a really complex website but I tried many things on it, and I liked that!

So, somehow, this is how I started my career as a web developer.

In the beginning, my plan in my head was really simple and clear: Find an art school, finish it, have a master degree in animation, and work in a cool and modern agency.

Things actually didn’t happen so easily haha. I studied at e-art sup in Bordeaux for my first and second year. Thanks to this school, I learnt what I didn’t want to do for a living: animation and advertising. So after these two years, I quit this school for another one called ECV Bordeaux, but it didn’t bring me either what I really wanted to learn: Print, branding and typography. Actually, I wasn’t and I’m still not interested by corporate design.

During the summer of his third year, I had to make an internship of 5 weeks minimum. I’ve decided to make a 3 months internship with the great Paul Bergman, graphic designer in Amsterdam, Netherlands. He taught me a lot, and I realized that it was in a real situation that I could learn more.

After this, I’ve decided to quit school definitively in order to start working at a graphic design studio, because it was too late to submit for a public typography school.

Just after finishing my internship, I found another job in Rotterdam, so I’ve moved there with Pierre. At the same time, we decided to start a project together: That’s how Studio Push is born.

We call what we do ‘creative coding’. We mostly do websites, but we also do branding and custom types. Emilie takes care of the whole design part, she thinks about animations in order to integrate it in the web.

Pierre is the developer of Push, he integrates everything in the way that the designs and everything can work with web technologies and render it well. For us, creative coding is a way for designers and developers to work together as a complemented team. Each one of us brings his own skills to the other so that we can realize a functional and expressive project.

Give us an elevator pitch of what you do?

Studio Push is an international multidisciplinary studio based for now in Rotterdam, Netherlands. The studio is blurring the line between graphic and type design, with digital and creative coding. Emilie is focused on print, visual identities and type design, with a particular interest for fashion and photography.

Pierre is a full-stack developer who likes to make never seen experiences on the web. Together, our skills create a unique approach to web design.

Who’s on the team, what are their roles and why do you love them?

We are two in the team, Emilie and me. She’s the designer of everything, and I trust her as a trendy designer. I really like her work, but sometimes when I see something disturbing in the web concept, I tell her. Sometimes I'm right, but to be honest, most of the time I have to trust her but the result is always great!

The design realization of a creative website is always difficult because there are animations. Small animations are easy to show to the client with After Effect but when you have to use 3D, it’s always hard to explain without doing and showing it. Emilie often finds a way to explain well the animation she wants to create in order to see the reaction of the client or even my reaction when I understand and realize what I have to do.

I love her because I like her design, she works well and fast and she is the most adorable person I’ve ever known.

As we said before, Pierre is the developer of the studio. When I’ve met him, he always used to say that he didn’t like web development. When I asked him to help me with my own website, he accepted to learn how web development works, and he liked it. Now, he takes care of the whole deployment part of any website we do. Thanks to him, we can accept a lot of different projects, as e-shop, portfolio, events, or showcase sites. We both think together about the concept of the whole website, and he tells me what it’s possible to do or what is not.

I like the fact that he mostly says « we can do whatever you want, just find the good way to do it ». As he knows a lot of technologies, we really can do what we want, and it’s a good thing to know when you’re a designer. I can trust him for using programming to transform my design in a functional website with keeping the initial idea I had in mind.

Each one of us brings his own skills to the other so that we can realize a functional and expressive project.

Doing what you really want to do, and not what people want you to. It’s important to have good school projects, but for us, developing your personal projects are even more important.

Who are your top five design crushes globally right now?

We love a lot of designers and design studios, but for now, some of them are: Offshore Studio, Roosje Klap, Republique Studio, Jacob Wise and Romina Malta.

Where to find Studio Push online. 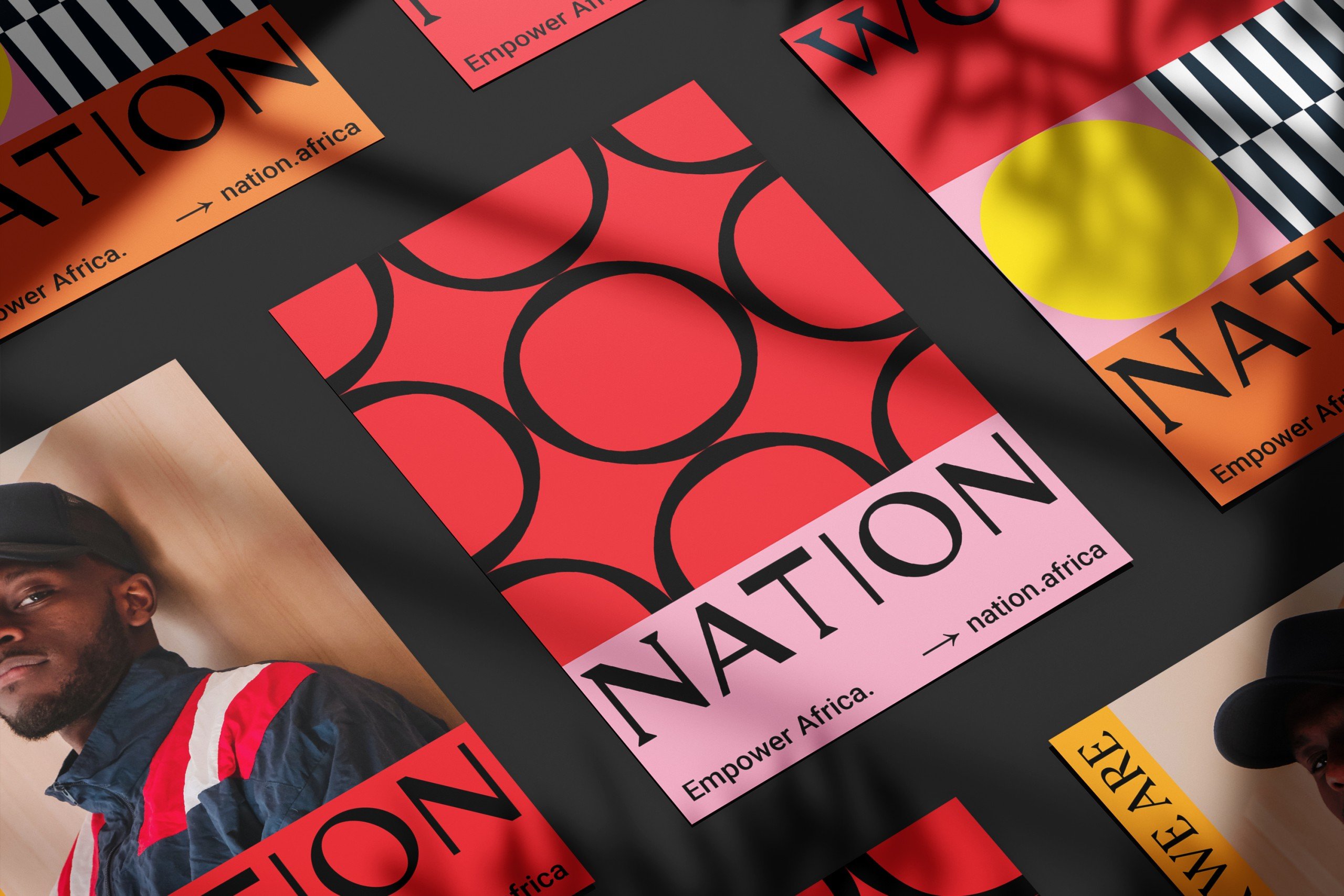 We’re obsessed with Rotterdam studio, Morrow. Especially impressed with their recent website rebrand for the biggest media house in Kenya,...

We recently caught up with the Studio de Ronners team! Started 15 years ago by brothers Arwen and Matthijs Ronner,...